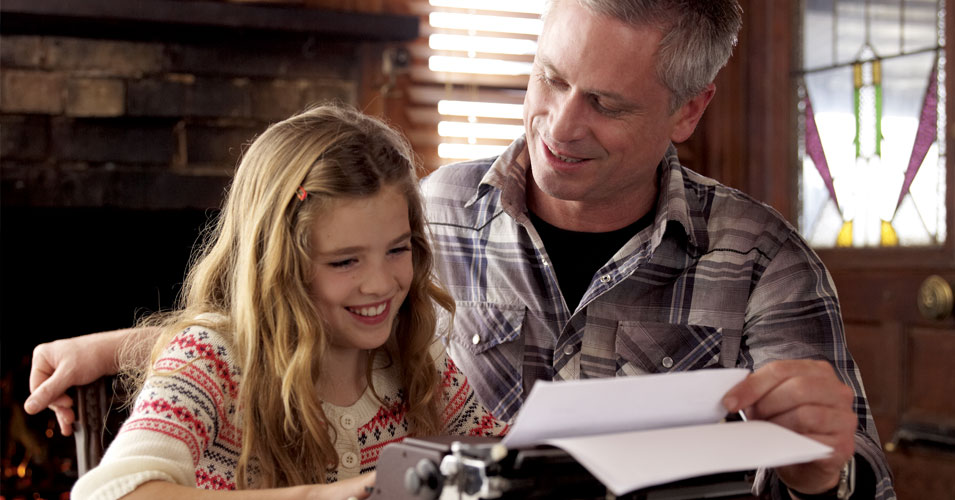 Oh, there are some similarities—the tendency to yell when a child is about to toddle into danger, the inability to suffer fools—but for the most part, we are very different. As long as I’ve known him, he’s been comfortable in his own skin. Growing up, I used to envy his sense of self, wondering how I could inherit his receding hairline but miss out on something so crucial.

That’s just who we are, he and I. It was part of our family dynamic, coming from a generation in which fathers were in charge, mothers stayed home, and kids were seen and not heard. His was a voice of discipline, a voice of authority. Through the years, when asked my real name, I’ve always said, “Mary Margaret—and if you can say it with my dad’s tone of voice, you’ll see the hair on my neck stand straight up.”

He was strong, opinionated and usually right.

As I grew into adulthood, I railed against him; no matter how often I heard that voice, I didn’t listen. Instead, I did everything the hard way. And still, each time I tried and failed, started over, tried again—and attempted to show my father I didn’t need his help, I knew he was there if I did.

When I quit drinking, I began to understand something about my father I’d been denying all of my life: He is one of the most honest, compassionate, fair and kind men I’ve ever known. Through clearer eyes, I could see that he never wavered in these qualities, regardless of what life threw him.

I realized, finally, through those clear eyes that he always came from a place of love for me. And I did, finally, let myself need him. I needed him when I got married, when I had children, when we starting losing aunts and uncles and people we loved. He was the first person I called on 9/11, because I needed him to tell me we were safe. His became, as time went on, the voice of reason.

I see him now as often as I can. Up until recently, when we’d visit my parents, which I still call “going home,” I became a child again, as the old dynamic took hold. My dad would sit in his chair and wait for the requisite life updates, and I would let my mom dote on me and make me brownies and generally celebrate the fact of my existence. My dad takes care of my mom, and my mom takes care of me. But that’s changing as we age, my father and I.

I’m beginning to see that someday, he might need someone to take care of him.

It wasn’t an easy topic to bring up, but it was a necessary one. We’ve now gone through insurance policies and health care proxies and powers of attorney and other forms and documents; we’ve established wishes and goals and locations of passwords. And we’ve had some of the better discussions of our life in the process.

My father doesn’t need me yet. He is still strong and healthy and mobile. He builds model airplanes with my son, lifeguards with my mother, and uses his mad couponing skills to supply the local nuns with toiletries. He has barely slowed down. But when he does need me, he knows I will be there. And he knows why.

For many years I struggled with a lack of self-esteem, an inability to stand up for myself, a need for others’ approval—until I had children of my own. Having them changed me, as having me changed my father. I became stronger because my kids counted on me to guide them. With them on one side of my timeline, and my parents on the other, I have discovered, finally, my own voice, and recognized, finally, my dad’s. And they’re not so different.

I guess I am, after all, my father’s daughter.