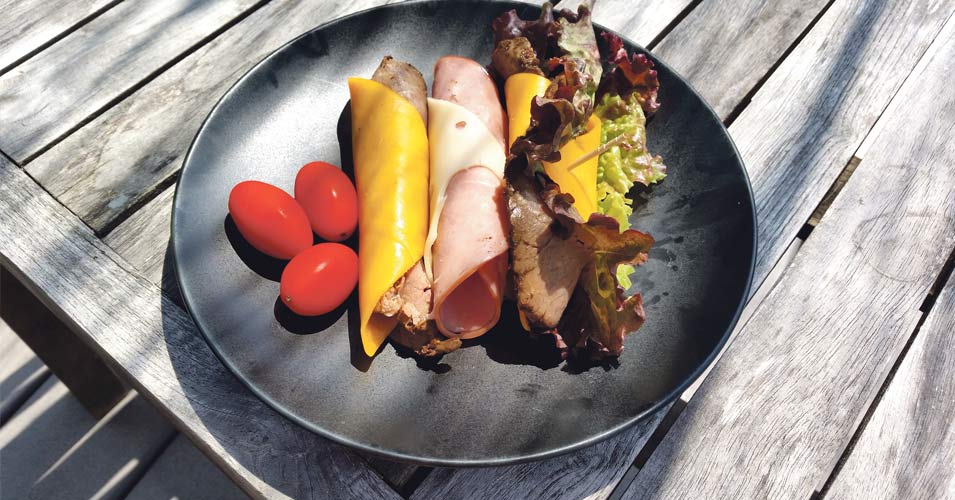 The first time I heard someone say they were “hangry” I was listening to NBC’s The Today Show, and Tamron Hall said she regularly gets hangry. I sat there thinking: You’re not alone!

I’ve been hangry my whole life. When my blood sugar dips, I turn from sweet to sour in seconds! When our blood sugar dips, our body panics and begins frantically searching for nutrients. That’s when we feel “hangry”: hungry and angry. Short. Impatient. I have one thing on my agenda: getting food in my mouth quickly.

At that moment I am not thinking about eating healthy, I’m simply seeking a fix—any kind of food. If candy is in front of me, I’ll inhale it. Food plan be damned, I am no longer rational. I am like a heat-seeking missile with a target in sight. At that point, I’m dangerous to myself and others. I’m sure you’ve either been there or been in the path of someone like me.

In 2014, a group of researchers from Ohio State University found a connection between low levels of glucose and aggression in married couples. The researchers studied married couples in particular because they hypothesized we are most aggressive toward the people we are closest to. They found self-control requires energy, and most of our energy is derived from glucose in the foods we eat. As glucose fell, so did self-control. Which is why, as parents, we often see our kids in the afternoons, starving and cranky. When lunch wears off, so does their patience.

So, here’s what to do. First, let’s make sure we give these short-tempered kids plenty of protein in general. If our kids start their days and each of their meals with protein, their glucose levels won’t spike as high, and the drop won’t be as drastic. In other words, they won’t be coming off such a high that their mood swings are dramatic.

Nothing is worse for me than if I ate nothing but carbs—for instance, a pancake breakfast with maple syrup. So make sure at each meal the kids have protein. Then, when it’s snack time, avoid a simple sugar fix. No snack cakes, or sugary ready-to-pour cereals. Such foods simply push the glucose up, only to have it dive again. That roller coaster ride keeps our blood sugar in control rather than us.

Instead, consider a focus on protein for snacks. A handful of nuts works great, or a slice of cheese wrapped around a piece of roast beef or ham. Couple that with a great piece of lettuce and you have a fantastic snack that’s satisfying yet stabilizing.

And a slice of ham does not have to mean you’re filling your body with nitrates. Even affordable grocery stores have deli meats that are uncured and free from nitrates, antibiotics, added hormones, preservatives and casein. Many convenience foods that were simply terrible for our bodies have healthy versions if we just take the time to read the labels and look a little bit.

So, how did I manage to feed my son back when he was doing martial arts every afternoon? Typically by making sure we had plenty of leftovers from the night before and just warming up a plate. When that didn’t work, I’d offer him old-fashioned oatmeal with stevia, nuts and cinnamon. We are big fans of peanut butter in our house, but I don’t serve bread. Peanut butter is great on celery, bananas and other foods. If you haven’t tried it, please give it a go. An egg served over a bed of lettuce also makes for a very satisfying snack. All of my kids, no matter what their ages, like salad. I hope yours do, too.

Everyone likes tuna at our place. Sometimes it’s mixed with mayo, but often it’s just out of the can over greens. Drizzled with a little olive oil and seasoned, the kids in my life gobble up tuna on red peppers or celery. The key is to have the vegetables cut up; that way they’ll grab the veggies and munch. Broccoli, carrots, yellow and red peppers, edamame, cherry tomatoes and cauliflower are all favorites in our house.

And, of course, there is yogurt. Just keep in mind, yogurt with fruit added is full of sugar. Greek is the best in terms of keeping your carbs and sugar in check. It also has at least twice the protein of traditional yogurt. If your kids want fruit, add fresh fruit (with the peel) rather than the syrupy stuff they do at the factory.