Picture this: Your child earns a new Scout badge, lands a triple Lutz or nails that tough violin solo—but you don’t photograph it. No, really. You don’t record a video you can pretend you will someday watch. You don’t capture an image that surely would garner a bevy of online likes and comments. In fact, your phone stays in your pocket or purse the entire time. Instead, you sit there and soak in the moment, enjoying your child’s accomplishment in full-color, high-definition reality.

Many of you, having read that, broke out in a sweat and said, “Why would I do that?” You’re right now combing through Facebook to ensure that every piece of your history is labeled with searchable hashtags. Don’t worry. I promise you that all your memories are still there, exactly as they appear in your subconscious, in reverse chronological order and washed with a warm, pretty Valencia filter.

Over the past decade, advances in phone technology have transformed the world of photography, putting everyone only a few screen taps away from a seemingly professionally edited image. Aim. Click. Crop. Share.

Instantly, any occasion can be memorialized in electronic glory. For the most part, this has been a blessing. But the simplicity of apps has left few excuses for not Instagramming every single event in our children’s lives, forcing parents to ask, “If we don’t photograph it, did it even happen?”

I, too, have fallen victim to this trend. I started taking pictures in the late 1980s on a used Canon film camera. (For anyone young reading this, “film” is sort of like pixels except it cost money and took hours longer to process than the nanosecond your phone takes.)

Early on, I honed my artistic sensibilities on dogs and trees. I would spend a half-hour lining up the perfect shot, hitting the shutter only after the lighting promised a magical result. Then, in 2002, my daughter was born, her early years coinciding with the explosion of digital photography. Suddenly, I could shoot a few dozen photos in the time it took her to eat one Cheerio. I began documenting her every waking moment (and some of her sleeping ones), having no idea what I had gotten myself into.

The problem began without warning. Sadie innocently stole a peanut from a bowl and popped it into her mouth. I reacted with the same panic any parent would have, worried that she could choke, develop an allergy or, worse yet, go the rest of her life without having a permanent record of the moment. The days of her childhood suddenly seemed numbered. I had missed photographing her very first peanut, and I was not going to let another cherished memory slip by unsaved. From then on, I adopted a rational approach, shooting everyday events as if I was her personal team of paparazzi. She would work on a puzzle or try on socks, and the room would echo with camera clicks.

With participation in social media, my anxiety has only worsened. The pressure has never been greater for parents to chronicle their children’s lives and post every image.

The albums in my parents’ attic tell a more succinct story, showing the true highlights of my own childhood. A shot of me in my baseball uniform is followed by one from my birthday. I’m sure I did something noteworthy between Halloween and Christmas morning, but my parents didn’t feel a need to photograph it. Maybe they were onto something.

Every parent today comes armed with a camera and often very little restraint. It might sound crazy to some, but the fact that you can take a photo does not always mean that you should take a photo.

My daughter’s dance competitions have opened my eyes. At many of them, photography is not permitted, granting me the opportunity to take in what is happening around me. There’s no aiming, clicking or posting. I just watch and listen, focusing my senses instead of my lens. Parents in the audience get immersed in the moment, absorbing the wonder of three-dimensional, non-pixelated images.

Reality can be stunningly vivid. I encourage all parents to try it sometime. Put down your phone and just let an event happen, even an important one. Watch your child score a goal or receive an award with your eyes, not through a four-inch screen. You might find that the photos left untaken will become the most memorable. 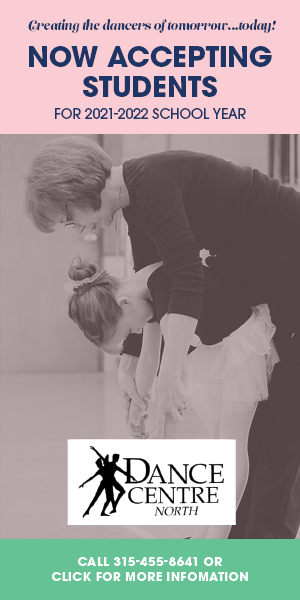