Caffeine is the most commonly consumed stimulant in the world. It’s found in soda, energy drinks, coffee, tea, and chocolate, among other foods and drinks.

Most caffeine intake by children and teens is through soda, coffee and tea, though energy drinks are becoming increasingly popular. About 73 percent of children consume some amount of caffeine on a given day. Studies also find that today children are drinking twice as much soda as they did 20 years ago, averaging 20 fluid ounces per day.

The Food and Drug Administration considers caffeine a “safe” substance, yet it can also harm children and teens when over consumed. Excess caffeine can cause heart problems like tachycardia and arrhythmia, along with high blood pressure, hyperactivity and anxiety. The American Physiological Association also notes that caffeine intake in children can result in negative symptoms and behavior including: agitation, nervousness and recurrent headaches. Additionally deaths have been reported related to caffeine toxicity. Also, drinking too much soda or other sugary drinks can lead to increased blood sugar; a single 20-ounce bottle of soda contains 19 teaspoons of sugar.

How much caffeine is in different drinks? Here is a brief list and checkout a more extensive list from Center for Science in the Public Interest: https://cspinet.org/eating-healthy/ingredients-of-
concern/caffeine-chart

It is surprising that more and more products from candy bars to antioxidant drinks have added caffeine. For example, a friend had asked what I thought about Bai drinks for her 9-year-old son. After showing her the caffeine content of the drinks, she quickly realized they weren’t a choice she was going to allow him.

Without looking carefully at products, it can be very easy to overlook the caffeine content, especially if you usually purchase a similar version of a product. If you see the word “energy” on a product, seek out more information about its caffeine content. For example: Crystal Light drink packets and V8 V-Fusion + Energy have added caffeine; each packet of Crystal Light has 60 milligrams of caffeine and each can of the V8 V-Fusion + Energy drink has 80 milligrams of caffeine.

What about decaf coffee instead? A cup of decaf coffee still has caffeine, in fact, about two to 10 milligrams of caffeine per 8 fluid ounces, which is negligible but still—I wouldn’t recommend it. Instead, when at a coffee shop choose a fruit smoothie or vanilla flavored frozen drink made with milk!

How about tea? In general, per cup (8 fluid ounces) tea does have lower caffeine content than coffee and energy drinks. For example, Gold Peak unsweetened tea (19 fluid ounces) has only 23 milligrams of caffeine. For a completely caffeine-free tea option, choose herbal teas like passion fruit!

What about energy drinks? Even though caffeine intake for kids age 12 years and older in moderation is okay, energy drinks are not recommended as the source. The reason is because energy drinks are beverages that combine caffeine plus vitamins, minerals, amino acids and herbs (ginseng, guarana, etc.). The combination of the caffeine and the additives, along with a potentially large volume of consumption, is a recipe for disaster. Additionally there is a lack of regulation that the FDA has over energy drinks, which means you can’t even be certain exactly how much caffeine is in the product.

In contrast, the FDA has regulated the allowable amount of caffeine in soda to 71 milligrams per 12 fluid ounce beverage. In contrast energy drinks on shelves today can have more than the amount of caffeine compared with soda. A Red Bull Energy Drink has 77 milligrams of caffeine in just 8 fluid ounces. As a sports dietitian I recommend any athlete, including teens, regardless of health and fitness level, avoid energy drinks before, during and after strenuous activities. There have been alleged deaths due to energy drink consumption when consumed before and during strenuous activity.

If you are looking for an energy boost for your children (and you too!), here are tips to try.

Focus on hydration! Being under-hydrated can make you feel tired. Sip mostly water throughout the day to maximize hydration levels. Athletes: Arrive to games, workouts and practices hydrated, and sip water throughout.

Have quality meals and snacks. Have a routine eating pattern, with several meals and snacks that incorporate a variety of fruits, vegetables, whole grains, protein and healthy fats. These foods will help to provide quality calories and longer lasting energy.

Get adequate sleep each night. According to the Sleep Foundation, school-age children should get nine to 11 hours of sleep a night. Those ages 14 to 17 need eight to 10 hours, and young adults from 18 to 25 need seven to nine hours. Adults—over 25—also need at least seven hours of sleep a night!

So, if you or your children are dragging, first try drinking some water, having a nutritionally rich snack, or just taking a break. And aim to get to bed early for a good night’s sleep. 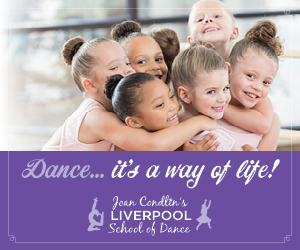